Kids Get to FCE


Reading for pleasure is an activity that is commonly taken for granted. Although many readers are initially interested in developing their reading skills for very practical reasons, reading for pleasure provides an ideal opportunity to introduce them to a range of experiences that cannot be explained in words. If this skill is fostered as from a very early age, it may result in many advantages for the future of the students.

Inspired by this introduction, my FCE Adults´ students decided to develop a reading project with an ambitious aim in mind - letting the small ones experience the pleasure of enjoying a short story simplified and read for them.

From the range of different short stories proposed by our Area Coodinator, we pondered on the different options, eager to find the most appealing one for the kiddies, taking into account different aspects such as the level of cognitive complexity, the motivational interests of the stories and the degree of difficulty from a linguistic perspective.

Having evaluated all these aspects and after extensive discussions, we finally concluded that the most appealing story would be “The Shepherd’s Daughter” by William Saroyan. We developed a simplified version which we considered appropriate for the level of students attending 3rd and 4th Year Kids and prepared a Powerpoint Presentation to make the story more visual for them.

On November 14, we invited these two classes and offered this project as part of their End-of-the-Year Party. Our classroom was soon filled with smiling kids with anxious eyes and broad smiles ready to enjoy the performance. The story was vividly read by some of my FCE students while others were in charge of the slides and some follow up questions to check understanding, plus a final Hangman to consolidate the correct spelling of the new vocabulary.

Everything resulted in great success and the kids’ motivation and excitement left us all with the certainty that reading stories to the little ones is a pleasure that cannot be compared to many fun activities our present world can provide. Definitely, if a child can be motivated in learning, we are on the right track to get the best of our future world.
Teacher: Marina Trachitte
Class: FCE Adults C

“Which could be a meaningful topic, one which would motivate my students to engage in a heated discussion and collect data to write a report as a follow-up activity?” I wondered. And then, while watching the news on TV, it dawned on me that my students would very likely be casting ballots in 2013 Congressional elections and I thought about the Teen Suffrage Bill.

When I put forward the idea to my First Certificate classes in Cultural Centro and Cultural Norte, everybody responded enthusiastically and in no time at all they put pen to paper to design a set of questions to prepare a questionnaire. They decided they would visit other classes and find out how their peers thought about “being given a right they haven’t asked for”. Here I´m quoting Sofia Rossin, one of my students, who very solemnly established her position about the TSB.

A total of 47 students were interviewed – FCE “C”, FCE “E” and FCE “H” in Cultural Centro- and in Norte we visited Pre -First. We were warmly welcomed by the “host classes”, who willingly answered all the questions my students had so conscientiously prepared. They took down notes of ALL the opinions, arguments and viewpoints provided.

The next step was talling the information gathered and drawing conclusions. Finally, working in groups, they wrote a report considering the suitability and acceptance of the bill.

Although most of the students interviewed were familiar with the TSB and said they usually discussed politics with their friends, families and teachers, they vehemently opposed the bill. On which grounds ? Basically, it seems they do not feel responsible enough to vote and that being given voting rights at 16 would definitely not motivate them to participate in the democratic process of our country.

To sum up, I believe it was a truly fruitful, interactive activity. All the students, the interviewers and the interviewees felt they were being listened to, that they had a say on their future. In other words, they felt they had A VOICE.

Your Week in a Headline

If your news reported your week, what would be the headline? “Your week in a headline” started as a fun, short and simple way for students to summarize what they had been up to during the past week, at the beginning of our weekly Skype Session. What follows is a selection of some of their most memorable events so far this year.

I asked my group to bring colour cardboard, a pair of scissors and sticking glue for the following class. They probably thought something was wrong with the teacher! To prove them right, I also brought old mags to cut out bits and pieces in case they might feel like a collage. The next class I asked them to join in pairs or groups of three and read a story in class. This time everybody read “The Shepherd´s Daughter”. Then, I asked them to design a bookmark related to the story. They spent 40 minutes in their design and then presented their bookmarks to the rest of the class, explaining the connection between the bookmark and the story they had read. They voted for the best bookmark. A different class altogether where everybody worked in a relaxed atmosphere with inspiring background music. 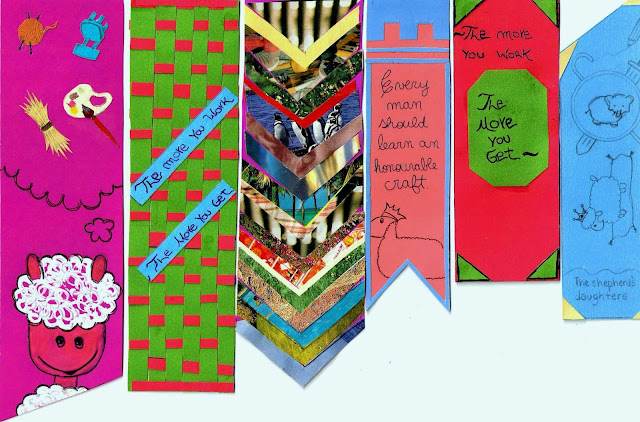 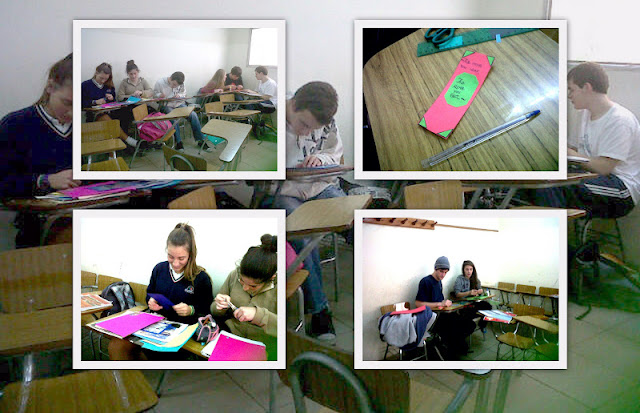 Why is it that the same teenagers who  make themselves heard, who openly express their views  maturely, the moment they  are confronted with a writing task, claim to have no ideas, feel their minds go blank?  Why is it they are reluctant to get involved in the writing process? What happens when, after convincing them about the importance of giving writing a try in order to succeed, we notice their final productions lack risk? Or, what is even worse, their voices cannot be heard!

This activity was suggested within the context of a speaking training session. We tackled the possible questions that the examiner might ask in Part 1 and then agreed to condense the relevant information about the candidates profile in a more appealing format. For that I proposed the use of Glogster as a visually engaging tool to answer the basic question: Who are you? I was more than pleased with my students' response.

We are proud to share with all readers the work of Carla, our student in Spain doing CAE online with us. Thank you, Carla!

Putting values at the heart of learning

Valuing self, others and the environment through the consideration of an ethical values is at the heart of learning in our classroom. Students are encouraged to model values and to engage in reflective practices so that they are empowered to become effective learners and good individuals. These practices help our learners to develop holistically, nurturing a secure sense of self, respect for self and others. 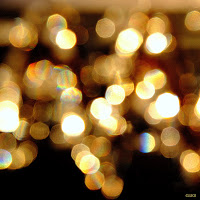 We read "Diogenes and the Wise Man", a story which shows that "all that glitters is not gold" and that, sometimes, even a great king like Alexander  might like to be a beggar. We paid special attention to  the last line of the short story, where Alexander says:" If I weren´t Alexander, I´d like to be Diogenes".

The aim was to think about why a king would like to be a down-and-out and  who or what the students in First Certificate 'M' would like to be if they weren´t themselves. We got very interesting ideas which were later symbolized in a collage.

We have also read 'Dazzler' by Suniti Namjoshi, a fable whose central characters are a sunbird and a duck- each of them with distinct sets of values. Here the questions were: Are you more of a sunbird or a duck? Why? What qualities do you have? Answers were then represented in an artistic drawing.

As a corollary of both short stories, the group chose to leave an imprint of the the values that are at the heart of their learning through ART.

Put value to reading! Together we can make the difference! 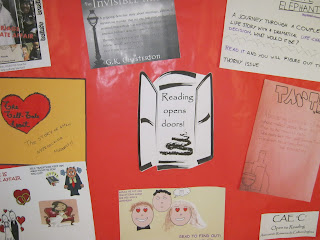 Many times what we learn mirrors what others are doing around us. We watch, we imitate, we adapt, we construct from there, we develop. Now imagine learning to dance when the dancers around us are not visible. Strange as it may seem, something very close to it happens all the time when learning to think. Thinking is pretty much invisible. 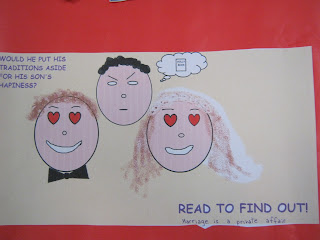 What we did in our group was try a way of making thinking visible through the use of art. The learners browsed through a menu of short stories and they chose the one that attracted them most. Yes, each learner can choose what to read and yet be in the same class as peers who have taken different reading decisions and paths.

First, the learners decided what to read and I made sure that more than one student would read the same story from the menu. 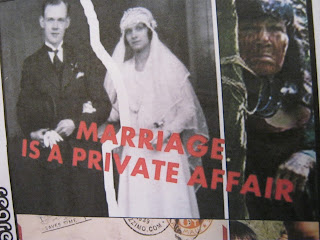 We followed the several-stories-but-same-task approach. When the time came to discuss the stories we left the classroom and went to the place that speaks volumes about books: the library, which accounted for a big portion of the successful outcomes.  There the students gathered in different corners with the like-minded partners who had read the same short story. 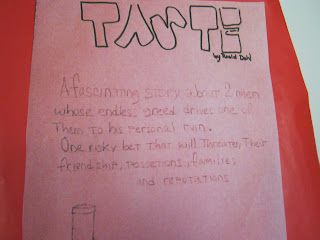 The task I set was very simple, the thinking they engaged in was not: they were asked to say what was meant by the title and to select powerful quotes so as to discuss their implications. Next came art and that was when their thinking became visible.

These are the posters they designed to encourage others to read their short stories in our school: 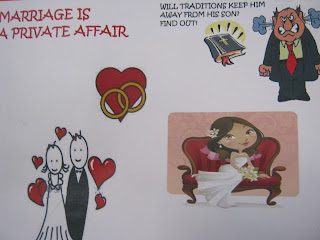 All this flowed from rendering thinking visible. However, the first step is to overcome the problem of invisibility. Part of the challenge lies in the invisibility of thinking, which is in itself invisible. We are so used to thinking being invisible that we do not notice how easily thinking can stay out of sight. As educators then the first task is to see the absence, to hear the silence, to notice what is not there. A journey of one thousand miles, the Chinese proverb says, begins with but a single step. Seeing the absence is an excellent first step.The second making thinking visible through art.

Art invites thinking, encourages visual literacy, fosters different learning modalities, develops forms of thinking that are vital to grow as individuals. The positive payoffs of the experience? Thoughtfullness, accomplishment, enjoyment, ownership, and above all a dream come true: a bunch of adolescents staying 20 minutes after the class was due, handling books and gathered around the librarian to borrow one!