One of the units of Objective Advanced, the book we have been using at ARCI, is about speeches. It begins with a reading exercise of an extract of Martin Luther King’s famous speech “I Have a Dream.” 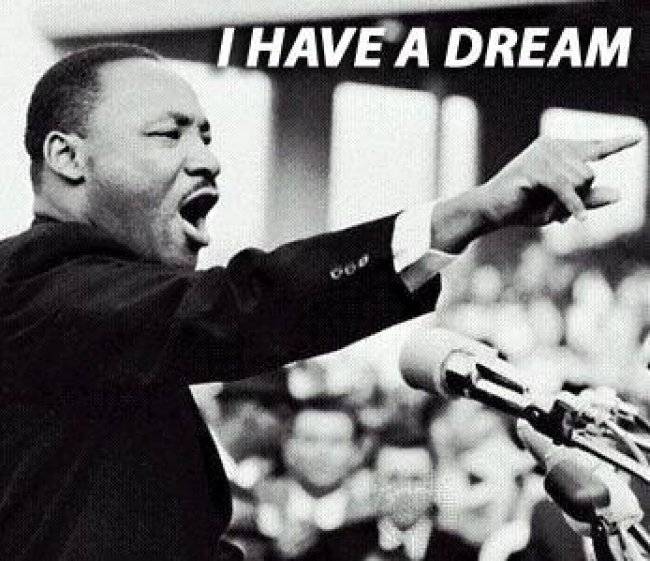 As a follow-up, the book suggests an activity that consists of a debate on a current issue in teams and a presentation of the teams’ conclusions.

I felt the debate needed some scaffolding and students needed information as well as specific vocabulary about their chosen issues.

That is why, after organizing themselves in teams of 4/5 students and deciding what issue they would address (it could be one of the issues suggested by the book or one of their own), I gave them a week’s time to browse the web to complete this worksheet:

After the discussion, the book suggests that teams report back to the rest of the class through a presentation by an appointed spokesperson. 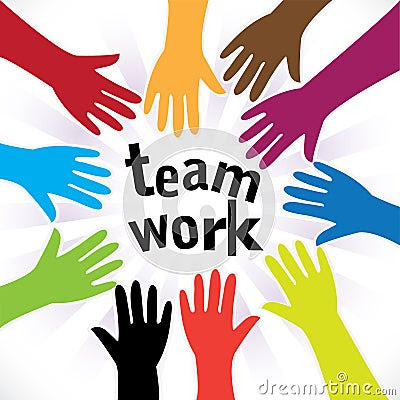 However, I felt that the information discussed could be further processed and made into a multimedia presentation in which all the members of the team had a chance to contribute.

That’s why I invited each team to prepare a presentation about their issue along the following guidelines: 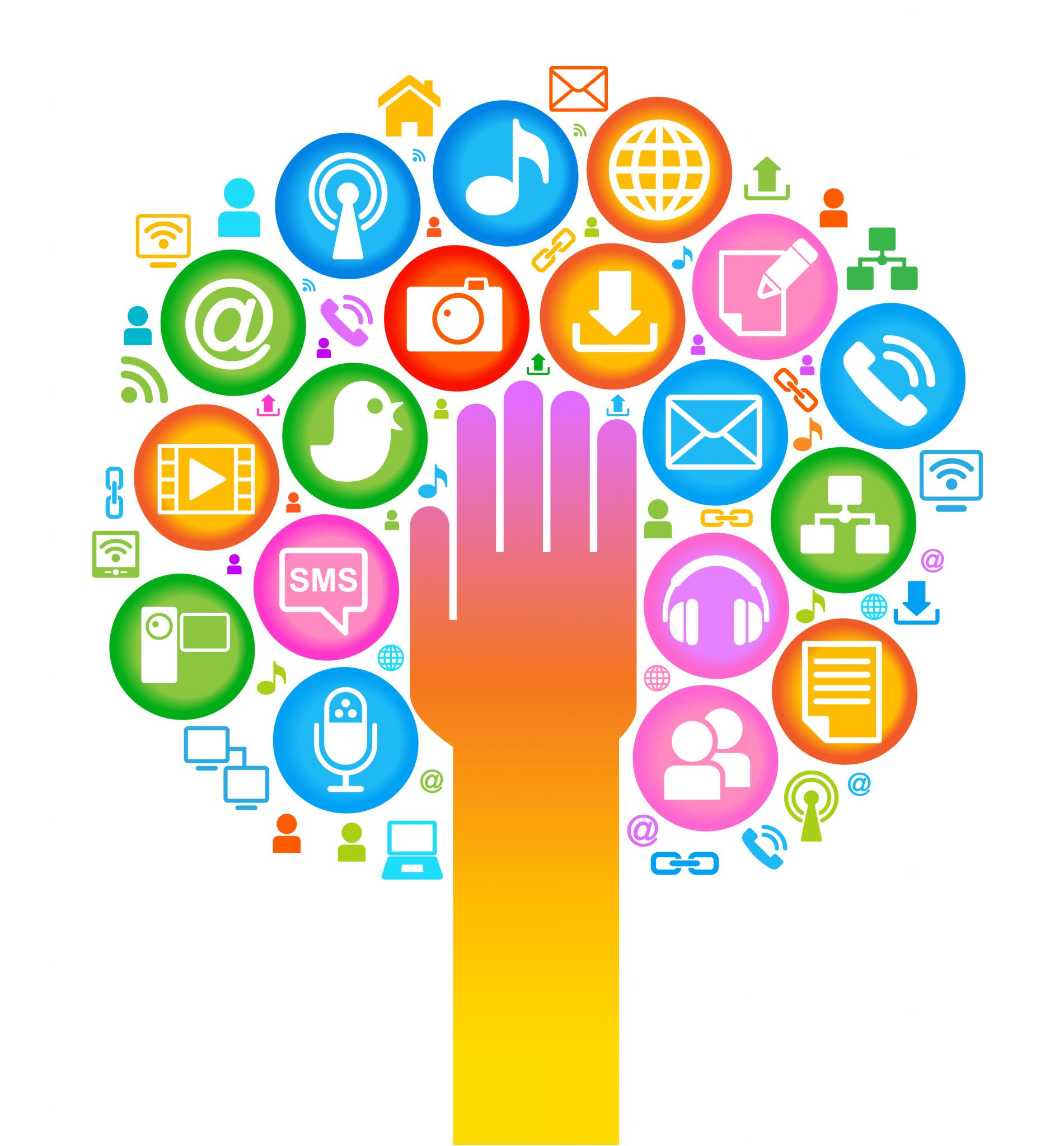 We set dates for the different presentations and I encouraged them to do their best as they would be evaluated by their peers. 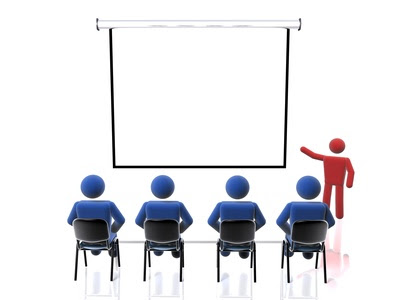 Watch part of the presentations in the following video.

During the presentations, the rest of the class had to complete the following summary and assessment grid:

The purpose of the summary and the evaluation was to make sure the class would profit from the presentations and not just listen passively. As well as this, the score system turned the whole activity into a competition, which hopefully would motivate students even further.

After the discussion, we held a humble awards ceremony during which I revealed the results of their assessment.

The whole project took about a month: 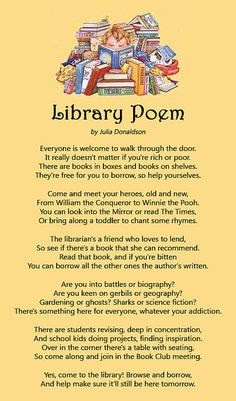 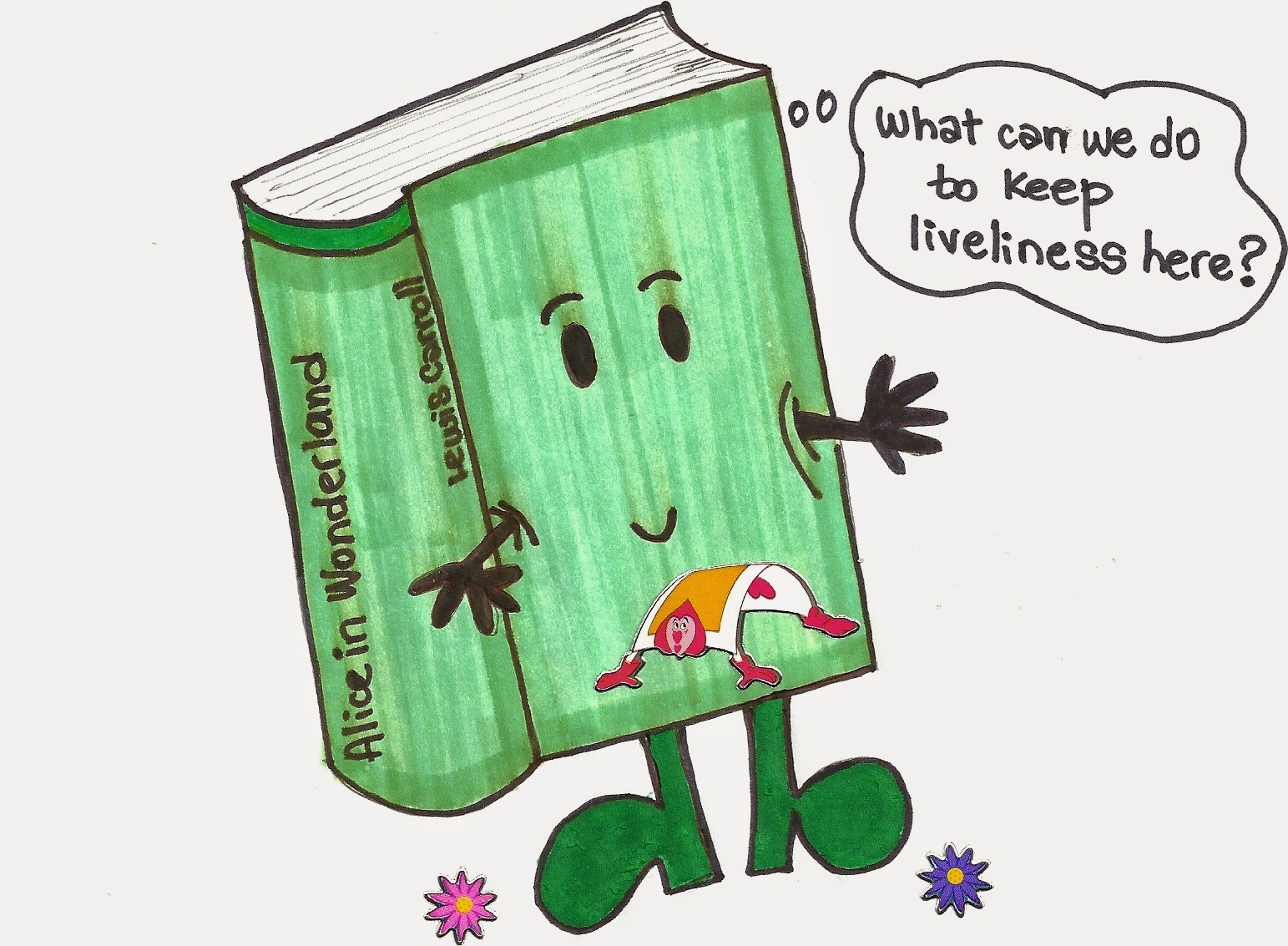 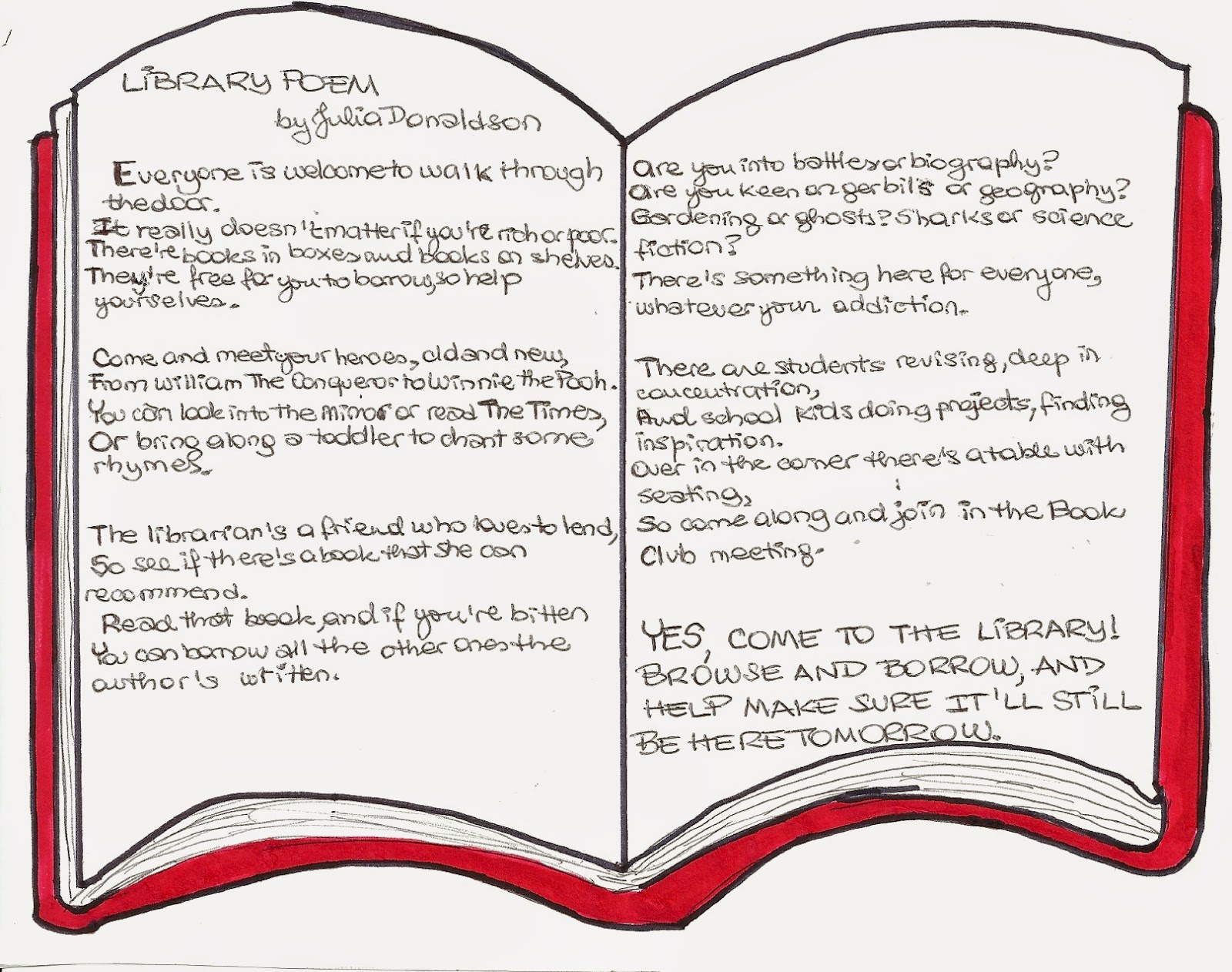 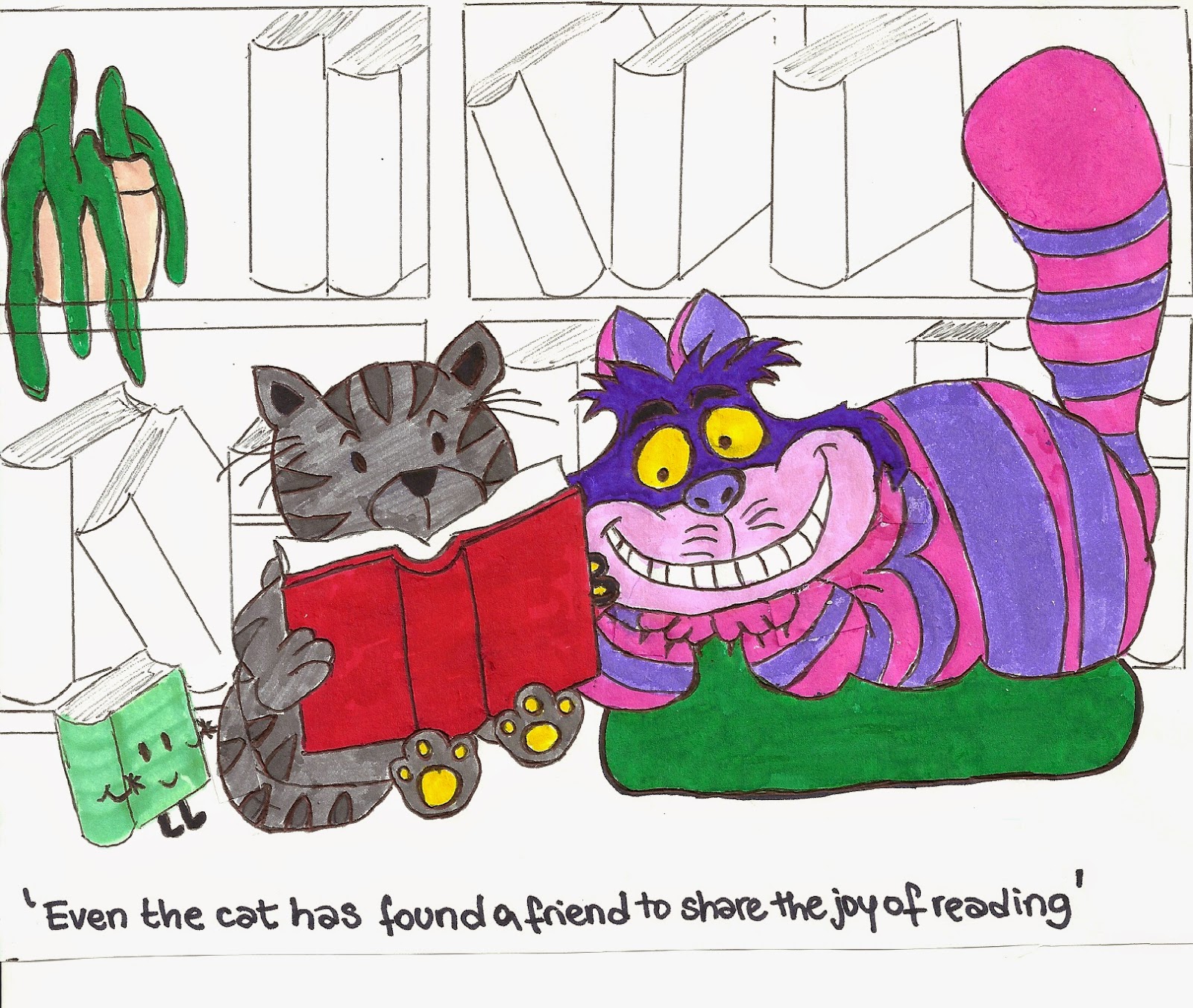 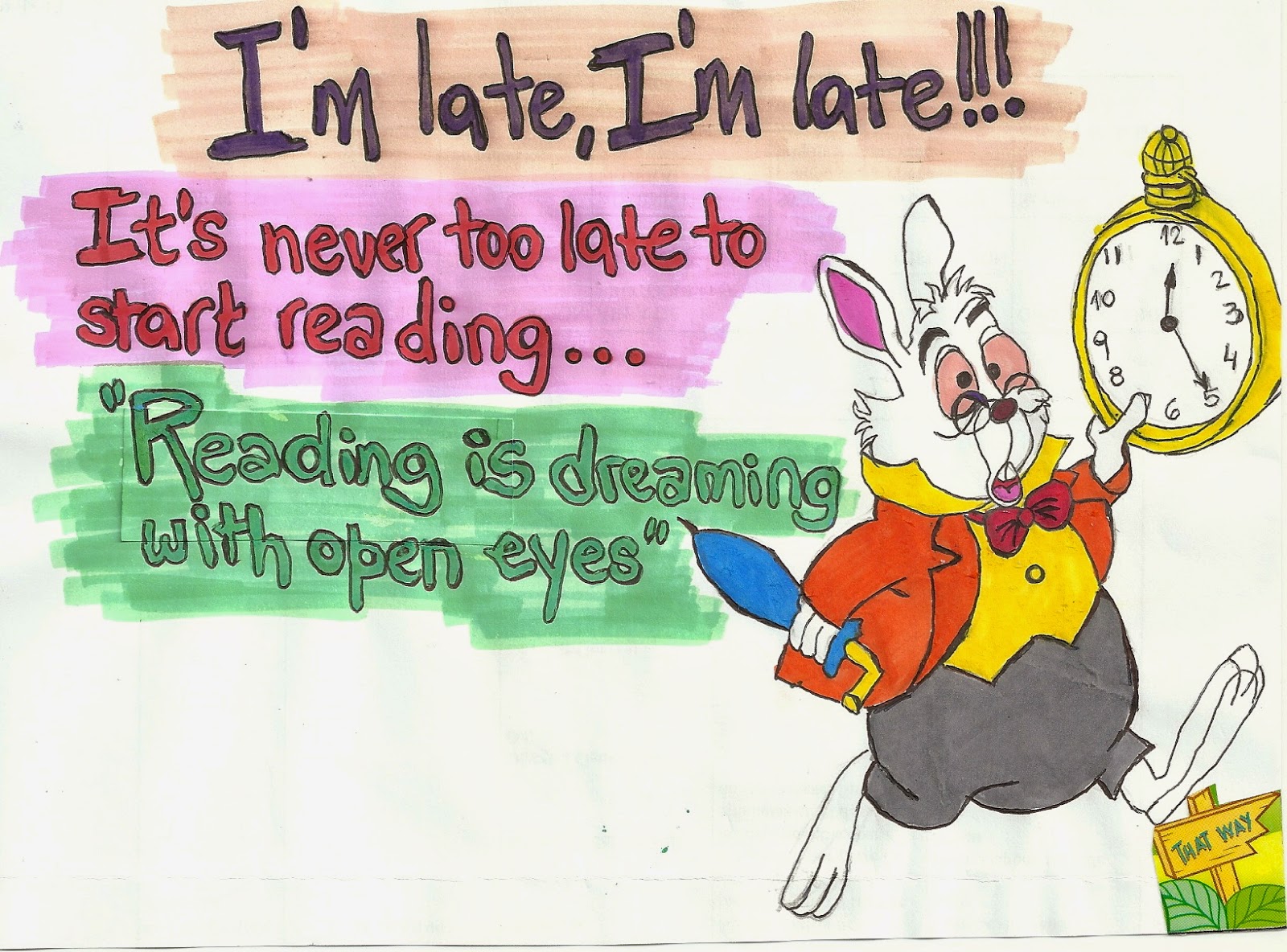 This year we have done some project work on the use of new media like mobile phones, the Internet and social networks. To carry out the work, we made use of the tools that the new technologies provide. We worked collaboratively both in class and at home through the Internet using several online tools like Google docs and forms to create a survey and write reports on the survey results, as well as some essays regarding the use of the new media for everyday communication.

To collect ideas for the project, I provided my students with some relevant input that would trigger discussion among them. Hover over the following image and then on the icons to access the videos, articles and discussion forums they were presented with:


First of all, my students conducted a survey on the use of the new media in the workplace and at home. Here is the survey they created collaboratively by using Google docs for the first draft and Google forms for the final version.


The students worked in groups to present and analyse the results of the survey in reports. Finally, they dicussed and compared the information they collected and the ideas presented in the input materials, and they worked collaboratively to write three different types of essays. All this collaborative work was done online on Google docs partly in class and partly at home and required a lot of hard work including feedback analysis and editing.

Here’s the result of this process and my students’ time and effort:

For and Against Essay

Essay suggesting solutions to a problem 1

Essay suggesting solutions to a problem 2

Both my students and I enjoyed doing this project work because the topic was appealing and very up-to-date, the tools we used were different from those used in traditional classes, the activities were meaningful and the work was collaborative, which means we shared the effort, as well as the sense of achievement and satisfaction of having accomplished the task by using English and the new media tools.

What ARCI students can do at CEFR level B2


What is the CEFR? 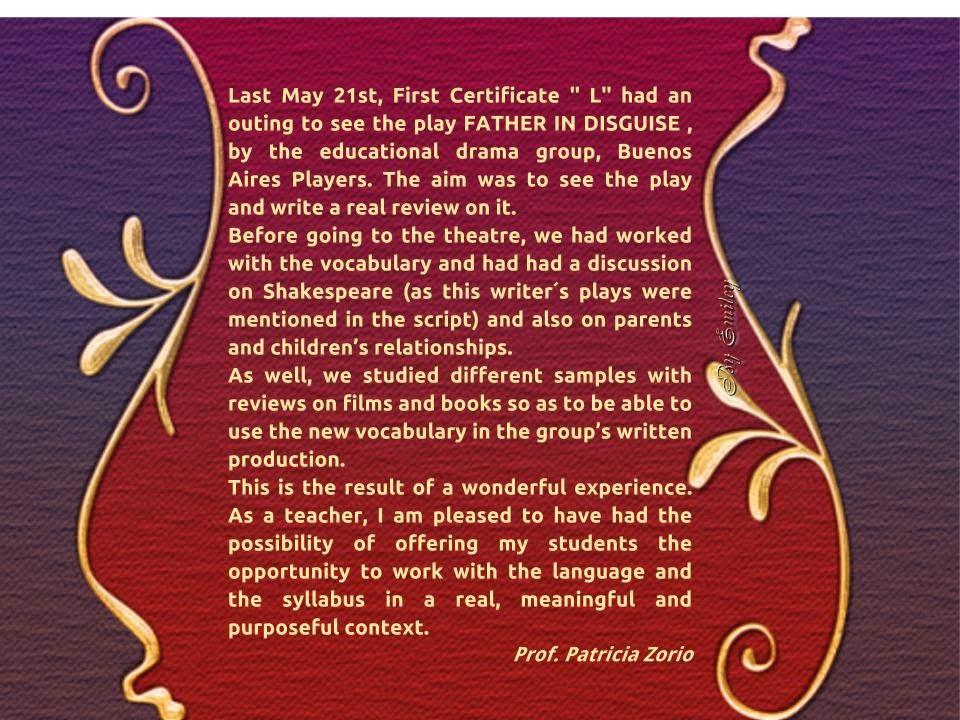 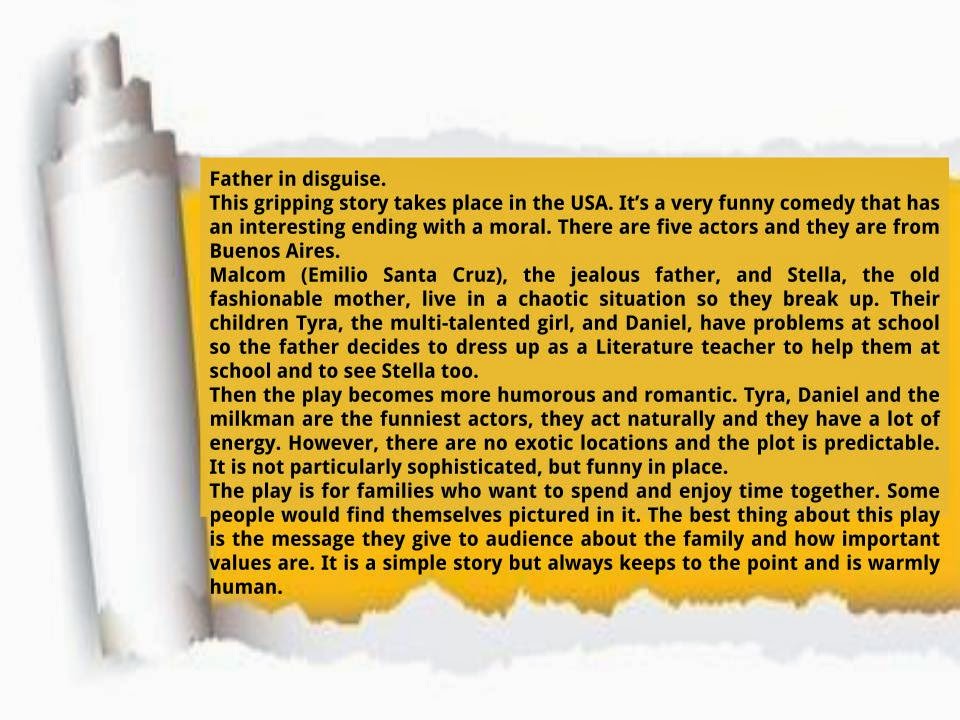 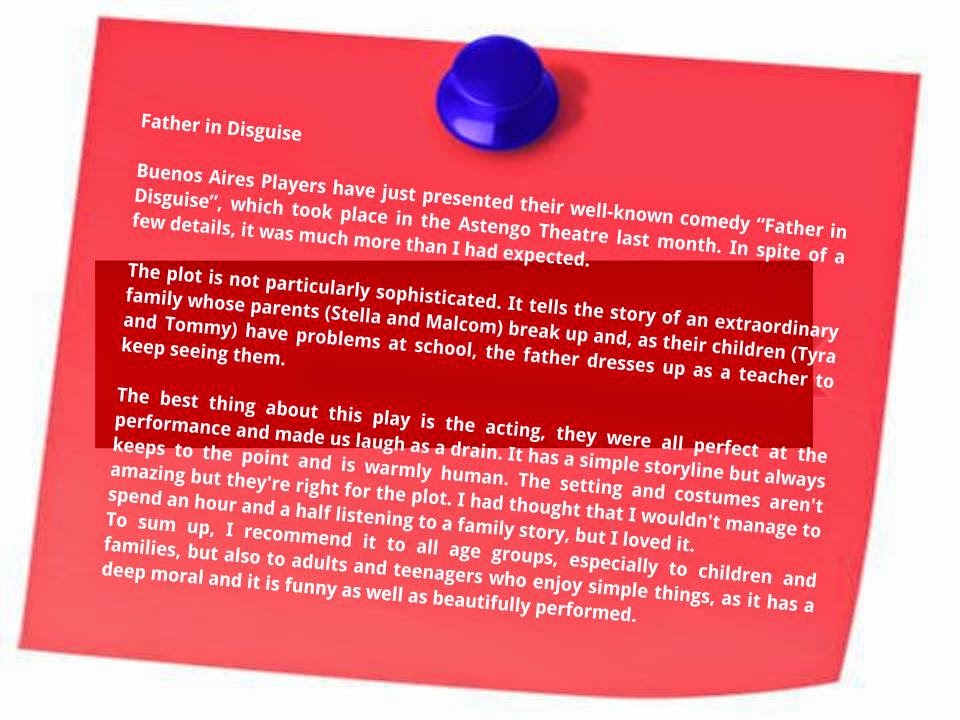 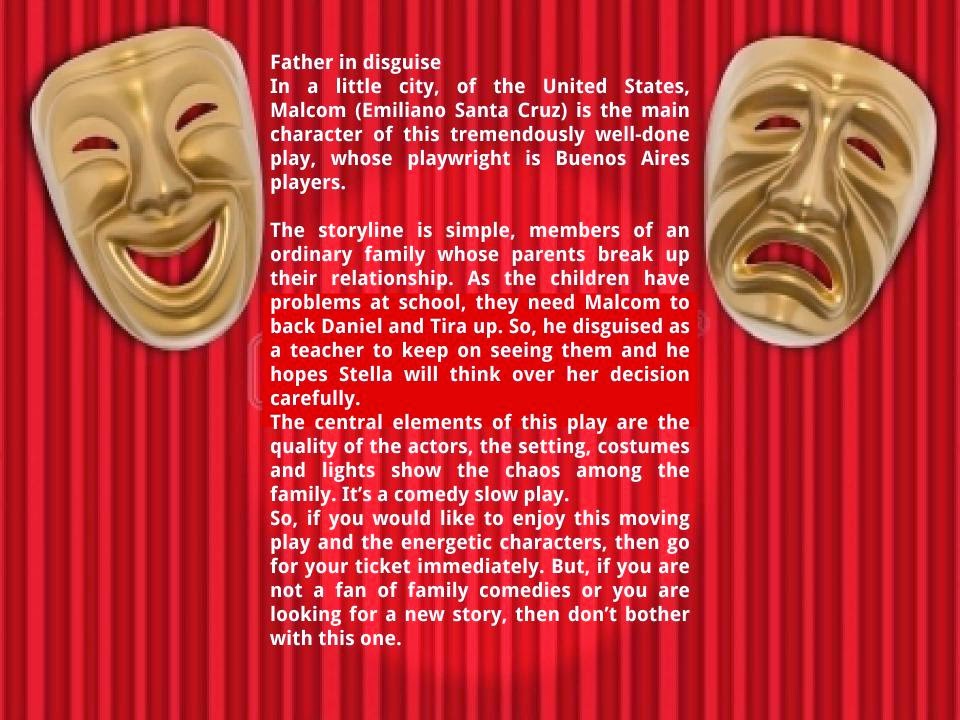 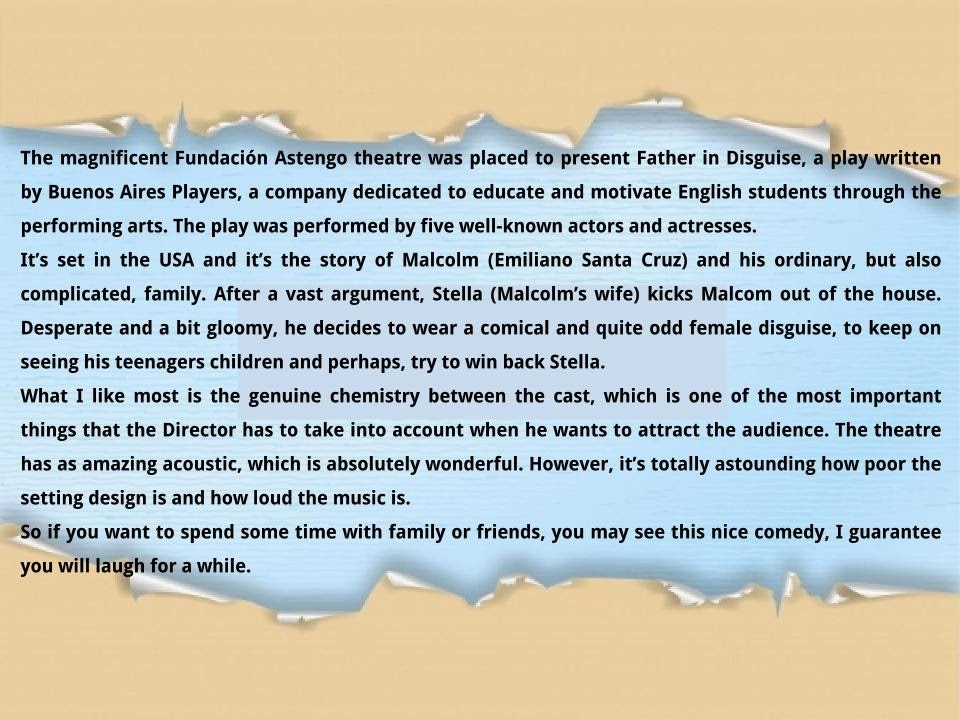 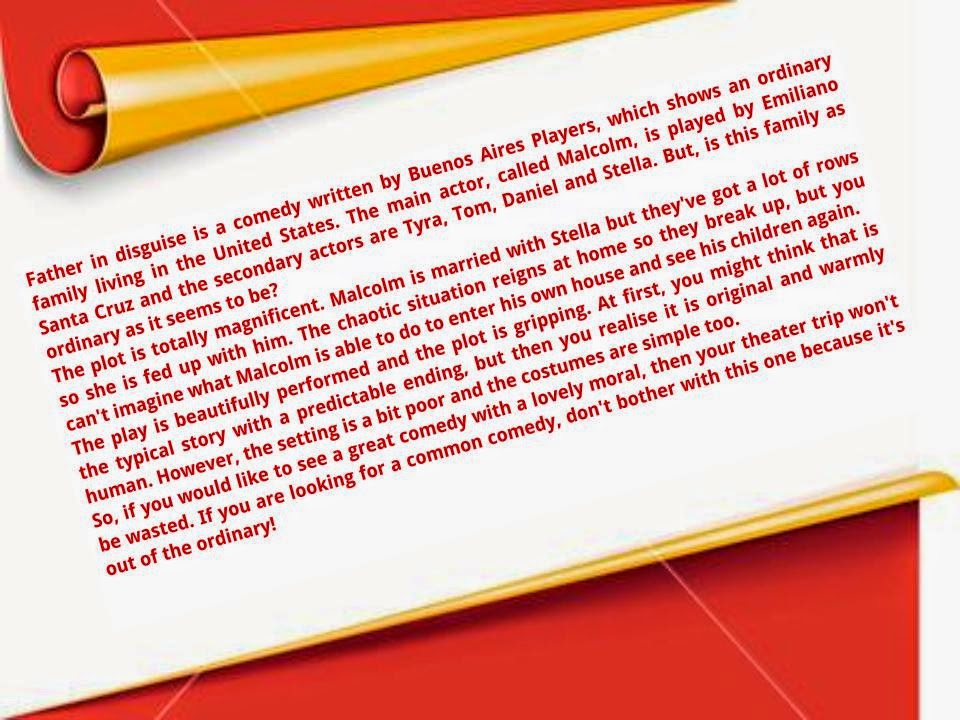 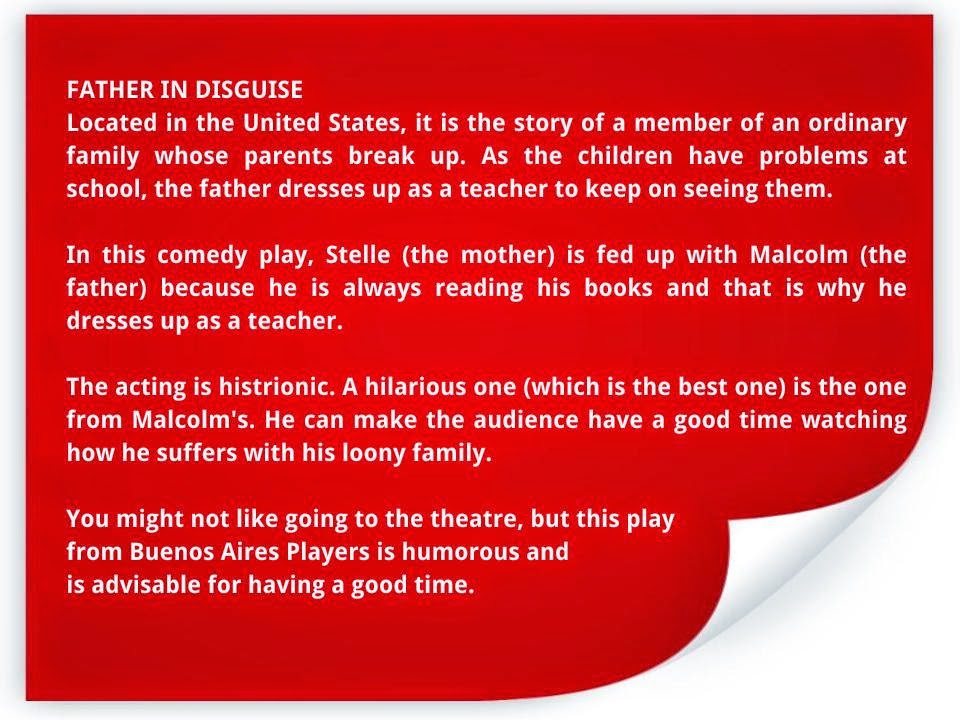 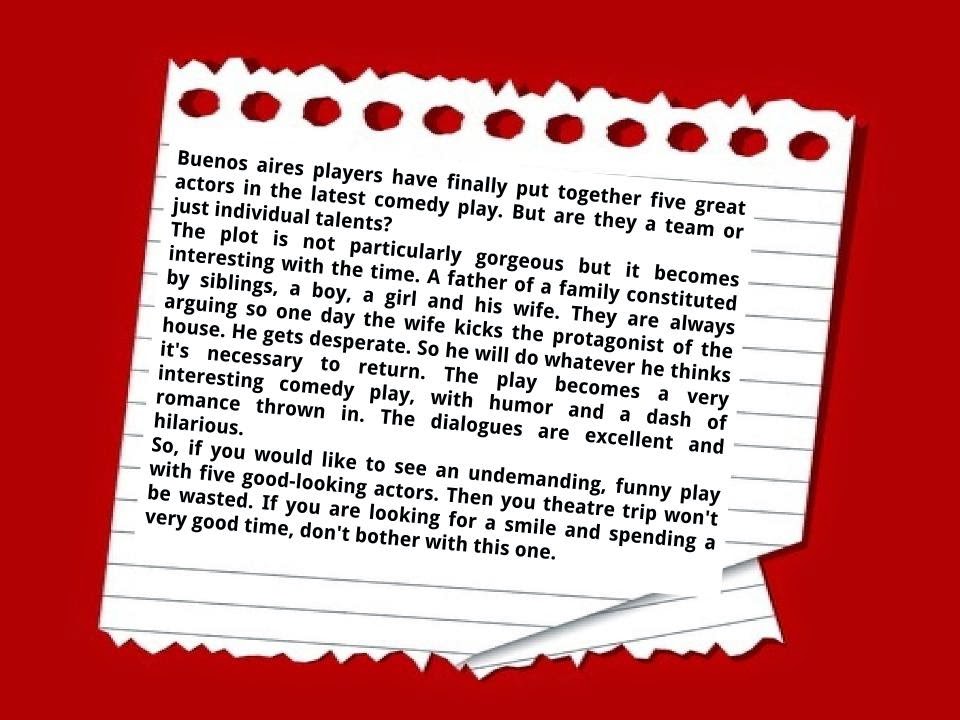 What feelings does a library evoke? Read on and find out

what one of our Post First Certificate students has to say 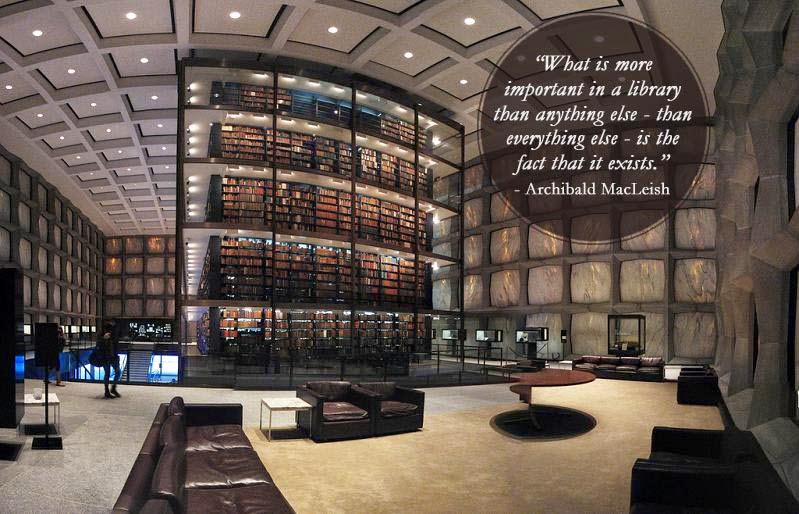 In the evening of April 22 when  quiet shadows fall all  over the library, some weird whispers can be heard among the shelves:

Alice in Wonderland (by Lewis Carroll):   What a dark hole this is! What silence! Aren´t there any kids?  Nobody playing?  Nobody laughing?  Nobody reading? Where is the Rabbit?  Where is the Queen?  Poor librarian so lonely!

The Piano: It seems I am untouchable! Nobody plays  me…? (starts sobbing)  Is this my karma?

Mrs. Dalloway (by Virginia Woolf):   Don't cry P., or what should I do?  Not  so many people have understood me, have they?  To commit suicide was one of my choices, ha!  ha! … but, haven´t I given the most charming flowers to everybody and the coolest parties in London?

The Myth of Sisyphus (by Albert Camus):  You´re  right, “The only  real issue treated by Philosophy is suicide!”.
A Woman of No Importance  (by Oscar Wilde): (feeling bored)  I told you long ago: “Talk to every woman as if you loved her and to every man as if he bored you and at the end of your first season you will have  the reputation of possessing the most perfect social tact”.

The Great Gatsby (by F. S. Fitzgerald):  Women?  Yes, excellent to betray you. With them everything turns out to be sad in the end… Swill  two double bourbons and carry on!  And enjoy Paris,  which will  keep you happy and gay.

Breakfast at Tiffany's (by Truman Capote): (interrupting):  I'm sorry, but  two dry Martinis are much better!

September (by  Rosamund Pilcher) and The Touch (by Colleen McCullough): (in unison)  What are you saying?!!  You will  suffer, we know, but LOVE always wins in the end. There is no money, no power that could defeat it: LOVE, LOVE, LOVE…(they start singing):

(Most of the books dance with joy, a very enthusiastic one  is:)

A Christmas Caroll (by Charles Dickens):  Right! That is what I meant! They´ve misunderstood my advice: I don´t long for expensive lavish luxurious Christmas as they are used to  in the XXI Century, Good Heavens! My humble goal  “was people opening their shut-up hearts freely, and to think of people below them as if they really were fellow passengers to the grave, and not another race of creatures bound on other journeys”.

Alice in Wonderland:  What can we do now? How can we strive to  keep liveliness here? (thinking)…Maybe some words from Old Georgie…

The Other, Myself (by Jorge Luis Borges):  I don´t know, forgive my ignorance…but I remember that

It is said that Ulises, sick of portents
cried with love  on seeing his Ithaca
green and humble.  Art is that Ithaca
of green eternity, not of portents.

These books among others, for better or for worse, have shaped me.

Come and visit our library, borrow a book, dicover new 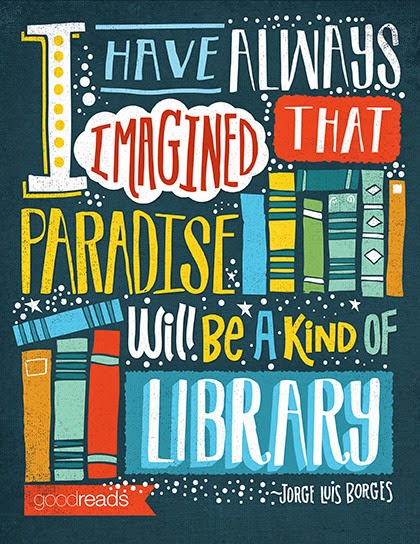 In today’s globalised individualistic world, sharing is a form of solidarity that can make us experience a feeling of globalised empathy and belonging. And at ARCI we did start enjoying the experience last Wednesday, April 23rd, on World Book Day!
We celebrated it with a BookWalk. A Book what? A BookWalk! Based on the worldwide movement known as Bookcrossing, we coined the motto:
bring, read and release a book.
Students, teachers, and other staff members were invited to bring a book- either in Spanish or English- for about a week before April 23rd. Then, on the Big Day over 70 books were displayed on ARCI’s premises: on the main staircases, tables, chairs, windowsills, for everybody to hunt the one they liked, take it home to read, and later release it in our institute for somebody else to be able to enjoy it, again. 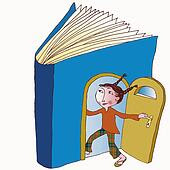 The BookWalk has only just started!

from teacher to teacher,

from student to teacher!!!